The history of zip-lining 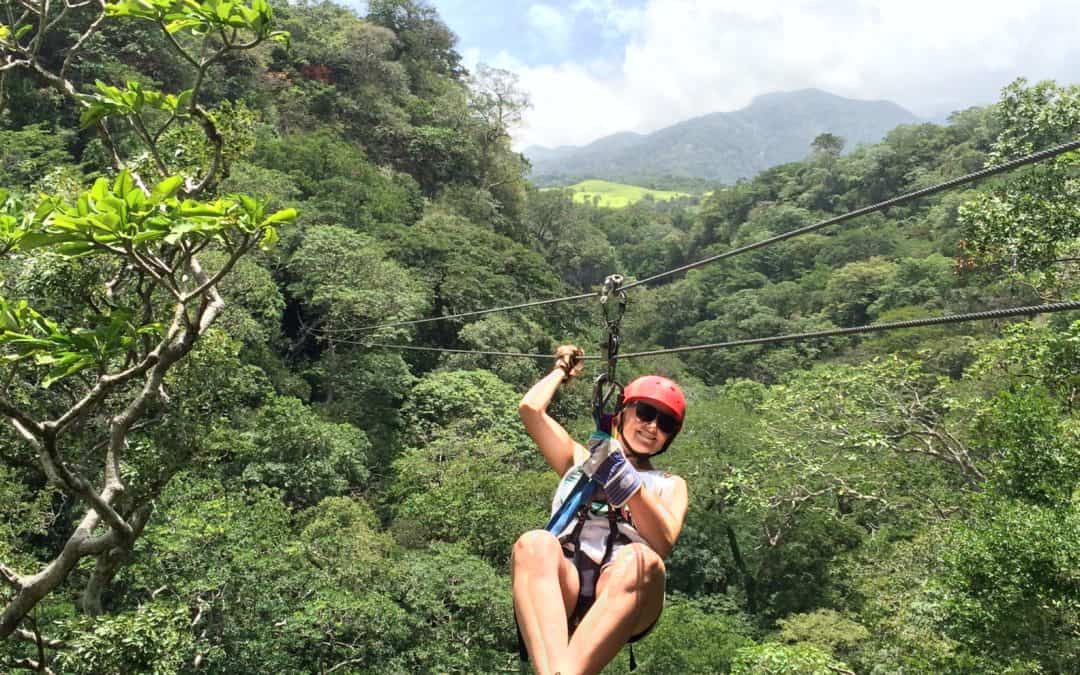 When you think about Costa Rica, an image of someone flying through the forest canopy will pop up in your mind without any doubts.  But have you heard about the history of zip-lining? Have you thought about how zip-lining become a popular recreational activity?  Did you know that this popular activity was created in Costa Rica? Keep reading and learn more about this fun and adventurous activity.

The history of zip-lining started centuries ago, however the historical records are limited since it was created with a different purpose from the one we know today.   Some historians believe that several ancient cultures in South America were the first ones to zip-line.  Others go back to the ancient China, where in rural and remote areas, the use of zip wires were common and cheap ways to connect villages separated by dangerous rivers or mountains. Some records talk about the Himalayas, the Alps and the Australian Outback also.

No matter which of the places in the world was the first to use this method, they all shared one characteristic: their goal. The zip-lining was used as a mean of transportation. In addition, their materials were rudimentary and even often insecure. An example of this is the use of systems similar to zip-lining in the 1700s by steeplejacks, who used them to reach chimneys and steeples in the big cities of yesteryear, but which nevertheless were the subject of many accidents due to the use of unsafe ropes.

Fast forwarding a few years, the history of zip-lining points us to the brave, mountain climbers.  With more sophisticated equipment, climbers have used methods such as Tyrolean traverse for many years. These systems, ancestors of zip-lining, were used to move between high points between mountains in a safe way.

Even though the climbers used variations of zip-lining before, and they shared the purpose of the activity as recreational, the difference in techniques and the level-of-expertise needed makes us discard them as the first ones to invent zip-lining as we know it today.

Maybe the most important chapter in the history of zip-lining was written by biologists and scientists.

In 1986, the biologist Dr. Donald Perry, published its first book “Life above the jungle floor”.  This book portrayed an adventure he started in the 70s of being the first man to study the rich biodiversity of the rain forests of Costa Rica, from its trees´ canopy.  Perry, realized that 40% of the species that inhabit the forest lived in the canopy, but also recognized all the dangers that this exploration represented.  The book clearly described how he developed the idea of zip-lining, building observation platforms in the trees and using a polyester rope to travel between the platforms at a canopy level.  His invention allowed him to study all the wonders of the forest without the direct contact with spiders and other unknown wildlife, but also avoided climbing accidents caused by the weakness of the trees.

The word spread out quickly, making Dr. Perry appear in many scientific magazines as well as winning the Rolex Award for enterprise.  He also became the inspiration of the movie “Medicine Man” in 1992, starring Sean Connery.

This important media coverage marked the history of zip-lining and sowed the seed for the creation of the adventure activity as we know it today.

Although Dr. Perry´s idea became a popular scientific exploration method in many parts of Costa Rica during the next years, the zip-lining still had a different purpose at the time.

In 1996 a visionary businessman called Alvaro Wiessel, owner of a small but prosperous mountain lodge in Guanacaste, decided to take the idea of the biologists and start on his property a zip line tour with a set of 7 different lines between the trees. On this model, Mr. Wiessel, used a more secure version of the zip-lining using better materials such as lines of steal instead of polyester.

Mr. Wiessel started soon working with the most important tour operators in the country, which started selling the activity as “one day tours” combined with horseback riding and spring waters due to the proximity of the lodge with the Rincon de la Vieja Volcano. The business became very successful, becoming one of the most popular places in the country to enjoy this adventure.

Time passed and with it, more and more places around the country saw this new activity as a great way of attracting tourists to remote areas.

Today, zip-lines are one of the most popular adventures for vacationers, and locals alike around the world. Modern zip-lining has little in common with its historical counterparts though. Modern zip-lines are marvels of precise engineering, and immense safety. Long gone are the days of natural ropes and homemade equipment. Steel wires and specially made pulleys and harnesses are now the norms.

If you are looking for a bit of adventure on your next vacation, feel free to contact us. “No limit adventures CR” we will be more than welcome to treat you and your crew in our country.