When planning a vacation, learn which is the best season to visit a destination it is key to maximize the enjoyment. If you are planning to visit Costa Rica soon here we help you decide when it is the best time for you according to what would you like to experience.

Costa Rica offers a mild and pleasant climate throughout the year. Because of its privileged location near the equator, there are not 4 stations like in the United States or Canada. So, temperatures vary around 42 to 50 degrees Fahrenheit only.

To visit Costa Rica is important to know there is only two “seasons”: the green or rainy season, and the golden or dry season.  Depending on where within Costa Rica you are planning to travel, so it will be the season.

Roughly, we can talk about the following classification: 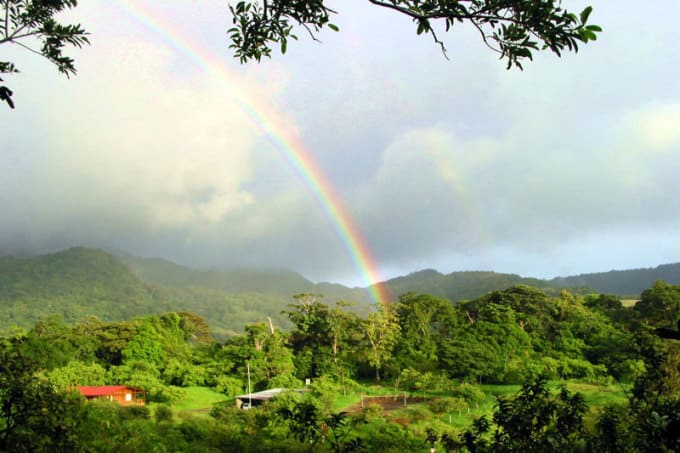 The rich Caribbean region of our country has more rainy conditions, with constant rainfall throughout the year. September and October are the months with the driest months, while from November to February there is the strongest rainy season.

This zone is located between the mountain ranges of the country and the border with Nicaragua. The presence of rain in this region is more extensive than in the Pacific region, being its rainy season from May to January.

Our recommendation would be to visit the country during late November to mid-December, or during late April and early May if you are planning to spend most of your time between the Pacific and the Central Valley.

If you are more interest in the activities than the weather, here are some suggestions on when to visit Costa Rica:

Costa Rica has been blessed with being chosen by the Humpback whales of both hemispheres: north and south, to be a nesting and breeding spots.

In the north Pacific region, it is common to see them at Papagayo Gulf during the months of August to October and again from December to April.

In the south Pacific, the Ballena National Park hosts the Whale and Dolphin Festival during the first two weeks of September, being a great season for Whale watching. However, the season extends until October and then from December through April.

Dolphins can be seen all year long.

If you visit Costa Rica to experience nature, turtle nesting is a must. Costa Rica welcomes every year 5 different species of sea turtles: 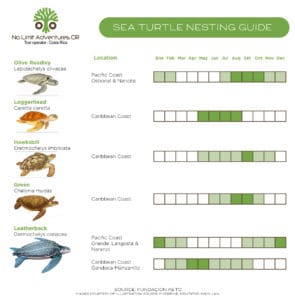 Every year thousands of tourists visit Costa Rica to experience bird watching. Year-round Costa Rica is a paradise for bird enthusiasts.  However migratory birds season can be enjoyed from September to November.

As one of the world surf capitals, Costa Rica offers great surf throughout the year, but here some tips to catch the perfect wave:

We invite you to visit Costa Rica no matter the month or season. You will always find amazing adventure, nature and wellness experiences throughout the year. Contact us and we will tailor-make the activities to suit your preferences.

We use cookies to ensure that we give you the best experience on our website. If you continue to use this site we will assume that you are happy with it.OkNoPrivacy policy
Revoke cookies