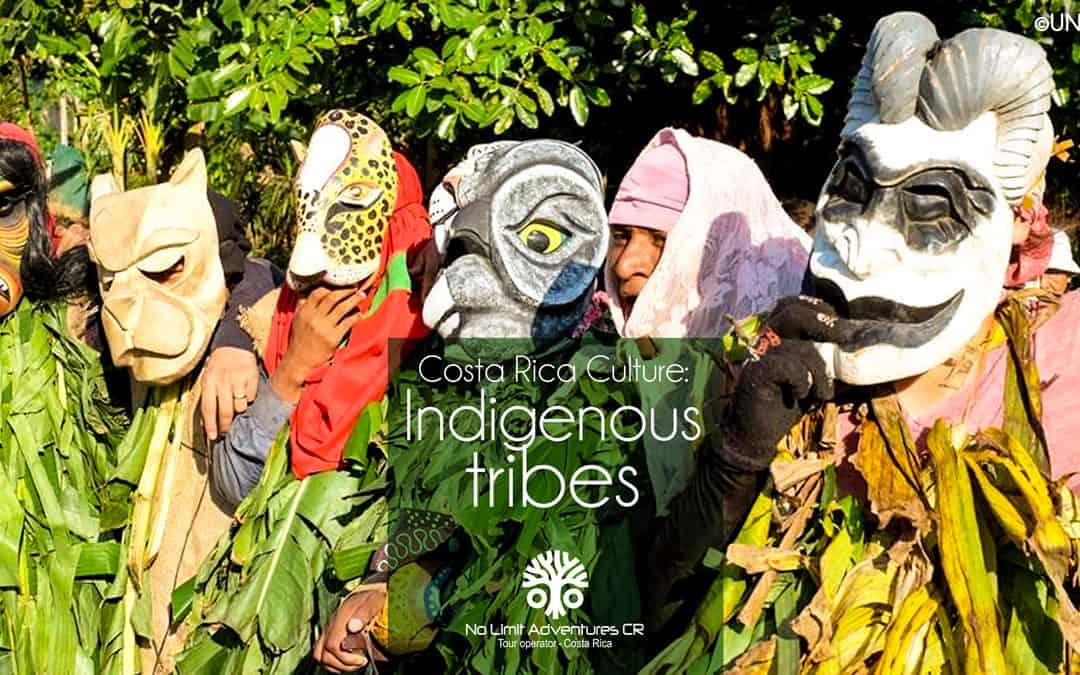 This week, many countries of the world celebrate a holiday with many nuances. In the United States, it is Columbus Day, in some countries of Latin America it is called Race Day and in Costa Rica it has been celebrated for some years now as the Day of the Encounter of Cultures or Day of Cultures. That is why today we want to highlight the cultures that inhabited our territory when America was “discovered” by the Spaniards. Costa Rica culture recognizes the great legacy of the 8 indigenous populations that have lived in our beautiful country since more than 12 thousand years ago, and today we want you to get to know them.

When you think about other countries in Latin America is easy to remember the Aztecs from Mexico, the Incas from Perú or the Mayas from Guatemala.  But Costa Rica culture and its indigenous tribes are not widely known.  So, let´s start from the beginning, 12,000 of years ago.

Several archaeological studies say that the arrival of the first settlers of America came from Asia through the Bering Strait. The real discoverers of America were small nomadic groups that were dedicated to gathering wild fruits and hunting megafauna.

Archaeological evidence of these occupations dating from 12,000 to 7,000 years before Christ has been located, corresponding to stone instruments, in the Turrialba Valley and in Guanacaste.

There are data in the country of the presence of agriculture around 2,000 years before Christ. In Costa Rica, the appearance of agriculture was coupled with the development of ceramics, which would come to fill the need for new tools. The first indications of agriculture show the consumption of products that today are highly used in our traditional cuisine. Yucca, yams and other tubers, as well as the pejibaye tree and corn, are still an important part of recipes that form part of Costa Rica culture.

The development of agriculture also completely changed societies. It went from being nomads to the establishment of villages, and over the years (hundreds) they grow in tribes and later chiefdoms appeared.

By the time the Spaniards arrived on our land to completely change what the Costa Rican culture was at that time, the villages were large and with established socio-political systems. The chiefdoms dominated extensive territories that competed among themselves. The main villages had massive infrastructure works such as mounds, aqueducts, plazas, roads and retaining walls. All this development that had taken thousands of years was folded back by the arrival of the Spaniards, who established a new way of life based on the exploitation of the indigenous labor force. Fact that although it is unfortunate created what we are today as a society and form our Costa Rica Culture.

In Costa Rica culture there are 8 ethnic groups that inhabit in 22 indigenous territories.  For the arrival of Christopher Columbus on the Caribbean Coast of our country, Costa Rica had an indigenous population of around 250 thousand people.

The Chorotegas, culture resident in the north of Costa Rica were influenced by both the Mayan and Aztec culture. Other ethnic groups such as the Borúcas, Bribrís, Cabécar, Guaymí and Guatuso spoke dialects that had great influence on the cultures of South America. And, unfortunately, there is no information about the indigenous culture located in the zone of the Central Valley and the central Pacific region, huetares.

At present we can find the following indigenous cultures, which although only have a very small number of inhabitants, of about 100 thousand people in total (2.4% of the total population) enrich our Costa Rica culture significantly.

The sacred stones … a Huetar celestial representation, where each stone symbolizes lunar and solar movements. Image courtesy of Aesculab

Although it is very difficult to visit all these indigenous territories to better soak up the Costa Rica culture in a single trip, we invite you to join us on our Guanacaste Essence cultural tour that will take you to the beautiful town of Guaitil among other interesting places. Book your tour now and learn more about our Costa Rica culture!