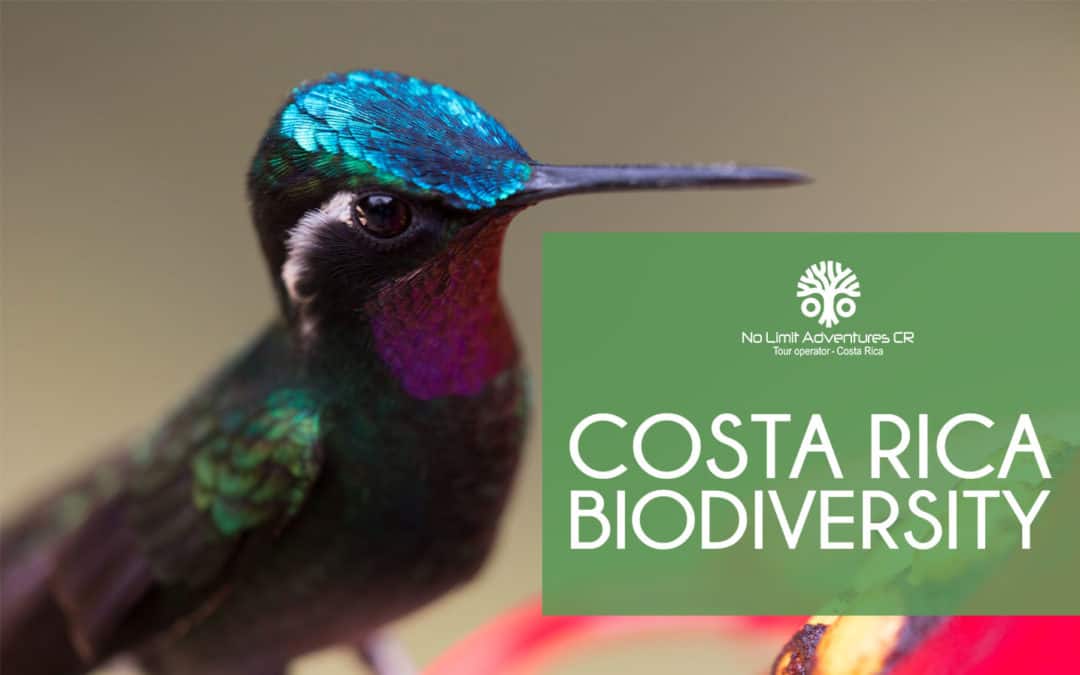 If you are a nature lover you would probably have heard about Costa Rica biodiversity, but what makes this tiny country so special? Stay with us and discover all you need to know.

The National Wildlife Federation invites us to recognize also the genetic diversity that exists within species, as well as the diversity of entire habitats and ecosystems. So, this definition opens up to two more specific terms: the genetic biodiversity and the ecological biodiversity.

We will not go into very technical details; however, it is important to know that biodiversity is a broad term that encompasses a number of unique and extremely valuable biological processes, rather than just a species count.

Now, that we understand the amazing concept of biodiversity we can talk about Costa Rica and its great natural wealth.

Why is Costa Rica so biodiverse?

The biodiversity of an area is defined by several factors. In Costa Rica there are five important factors that have contributed to such wealth:

The biodiversity of Costa Rica is influenced by the youth of its territory. In geological terms, the Costa Rican territory as well as the south of Nicaragua and the west of Panama, are young areas. A series of tectonic events at the end of the Jurassic period created these territories forming a bridge South America and North America.

Its privileged position in the Neotropical zone, name for the tropical zones belonging to America, which are the richest zones in terms of biodiversity. Its location on the planet also allows receiving more solar energy throughout the year. And, in addition to becoming a bridge allowed the migration of species between both hemispheres to its territory.

Counting on both the Pacific and Atlantic coasts as well as a central mountainous system further enrich the two previous conditions and create a series of microclimates that countless species enjoy.

Rich volcanic soils, of alluvial origin, of greater slope or even the least fertile so that diverse species find a home in our country.

Costa Rica is among the 20 most diverse countries in the world in number of species per unit area. As well as among the first countries in biological wealth. Here some numbers that give you an idea of Costa Rica biodiversity:

Join us to explore Costa Rica biodiversity with the array of personalized tours we have for you. Contact us now!