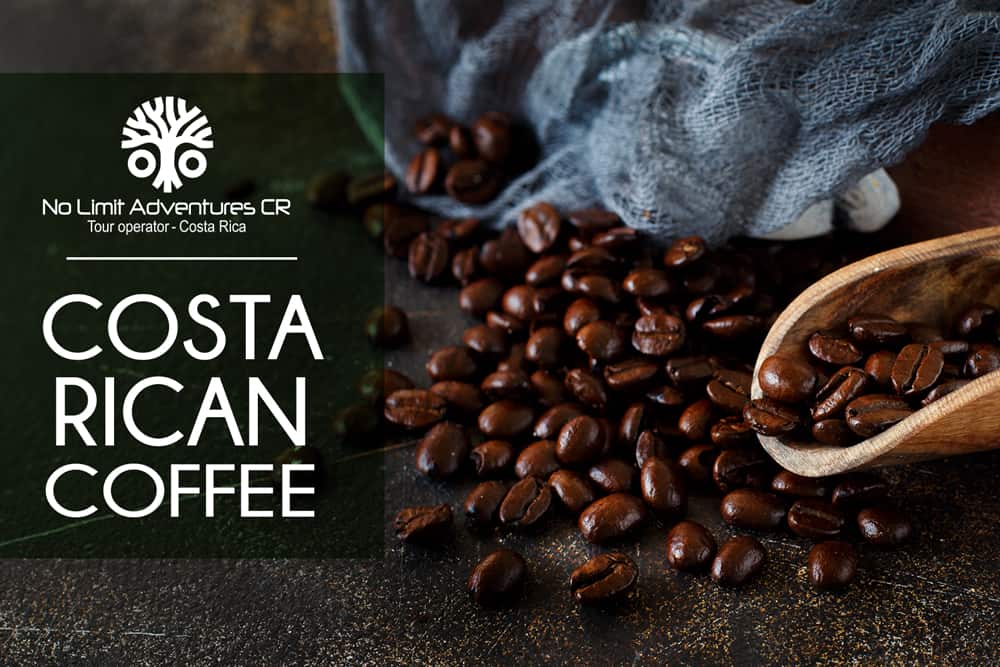 Costa Rican coffee is well-known worldwide due to its quality and delicious flavor. If you are a coffee lover this blog post is for you. Learn about Costa Rican coffee history, its characteristics and how to live a coffee experience on your next visit to our country.

History of the Costa Rican Coffee

Towards the end of the 18th century, Costa Rica belonged to the General Captaincy of Guatemala, a province of the Spanish Colony. Our beautiful country was the poorest region of the entire province whose only agricultural activity was subsistence without any trade.

The situation of the country changed after the declaration of independence to Spain. By 1821, the Costa Rican government, now free, begin to take a series of visionary measures that helped the country to change its situation and consolidate the production of Costa Rican coffee.

Among this series of measures, we find the free distribution of coffee trees, as well as the exemption of coffee from the payment of the tithe. In addition, a few years later in 1831, it is decreed that anyone who grows coffee in uncultivated lands, could claim them as theirs at the end of 5 continuous years of work.

After 10 years of independence and from the moment the government started to incentivize the crop, the Costa Rican coffee makes its first export to Chile, where the coffee is repackaged as Chilean coffee and exported to London.

In the year 1845, the first direct export occurs. Thanks to Mr. William Le La Cheur, Costa Rican coffee is consumed in London by exporting 5,505 quintals to the important European city.

For many years, coffee became the only export product in Costa Rica. The earnings generated by “the grain of gold” allowed the country an important development in economic and social terms. The national bank was developed, the railroad was built to both coasts, the road from San José to Puntarenas was built, hospitals and schools were opened, among other improvements. It also allowed young Costa Ricans to study abroad, bringing knowledge and intellectual development to the country.

As in wine, the taste of Costa Rican coffee is defined by the place of its cultivation. The climate, humidity, type of soil, elevation and precipitation define certain particularities in the flavor of this delicious beverage, especially its level of acidity.

More than 200 years of investment in technology, constant research, regulation, collection method, unique in the world laws that protect the coffee producer, among other reasons; have made Costa Rican coffee reach the highest levels of quality.

Last year, Costa Rican coffee broke a world price record during the “Cup of Excellence” auction.  The coffee produced in Copey de Dota closed the bid at $300 per pound, while the base price for specialty coffee was $5.5.  This record means a world recognition of quality.

The great quality of its grain has also led to Americans placing us in third place in their top of mind when good coffee is spoken. The National Coffee Association revealed that in a survey conducted a few years ago, Costa Rica was placed behind the giants Brazil and Colombia. This is an important recognition considering that the country produces only 1% of the world coffee harvest.

If you are feeling as excited as we are to enjoy a cup of Costa Rican coffee, what could be best that experiencing a Costa Rican Coffee Tour?

Visit a small sustainable Coffee Processing Plant located in Hojancha, Guanacaste.  Learn all about how coffee is harvested and produced.

Book your Costa Rican Coffee Tour with us!